Manglik Lyrics by Kamal Grewal is latest Punjabi Song sung by Kamal Grewal. Lyrics of song manglik has been written by Inder pandori. Music of song has been composed by Bhinda Aujla. Song Manglik by kamal Grewal will be released under the label of Grewal Films. 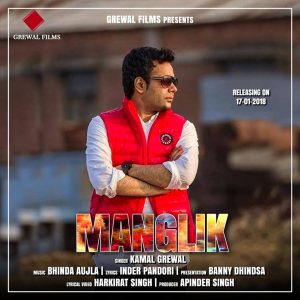